With the Sea of Japan in the northeast and a holy mountain known as Mount Haku in the east, Komatsu City is surrounded by rich nature.

In the mountainous region where beautiful satoyama landscape remains, there are numerous scenic spots such as Ōkuradake Kogen Ski Area, Junigataki Waterfalls, and Aramata Gorge.

Additionally, Lake Kiba, which is beautiful each season, is known as the only lagoon among the three Kaga lagoons that is left in its natural state. From the lagoon, the view of Mount Haku is picturesque. Kibagata Park, which spans 6.4 km around Lake Kiba, is a place for the public to relax. 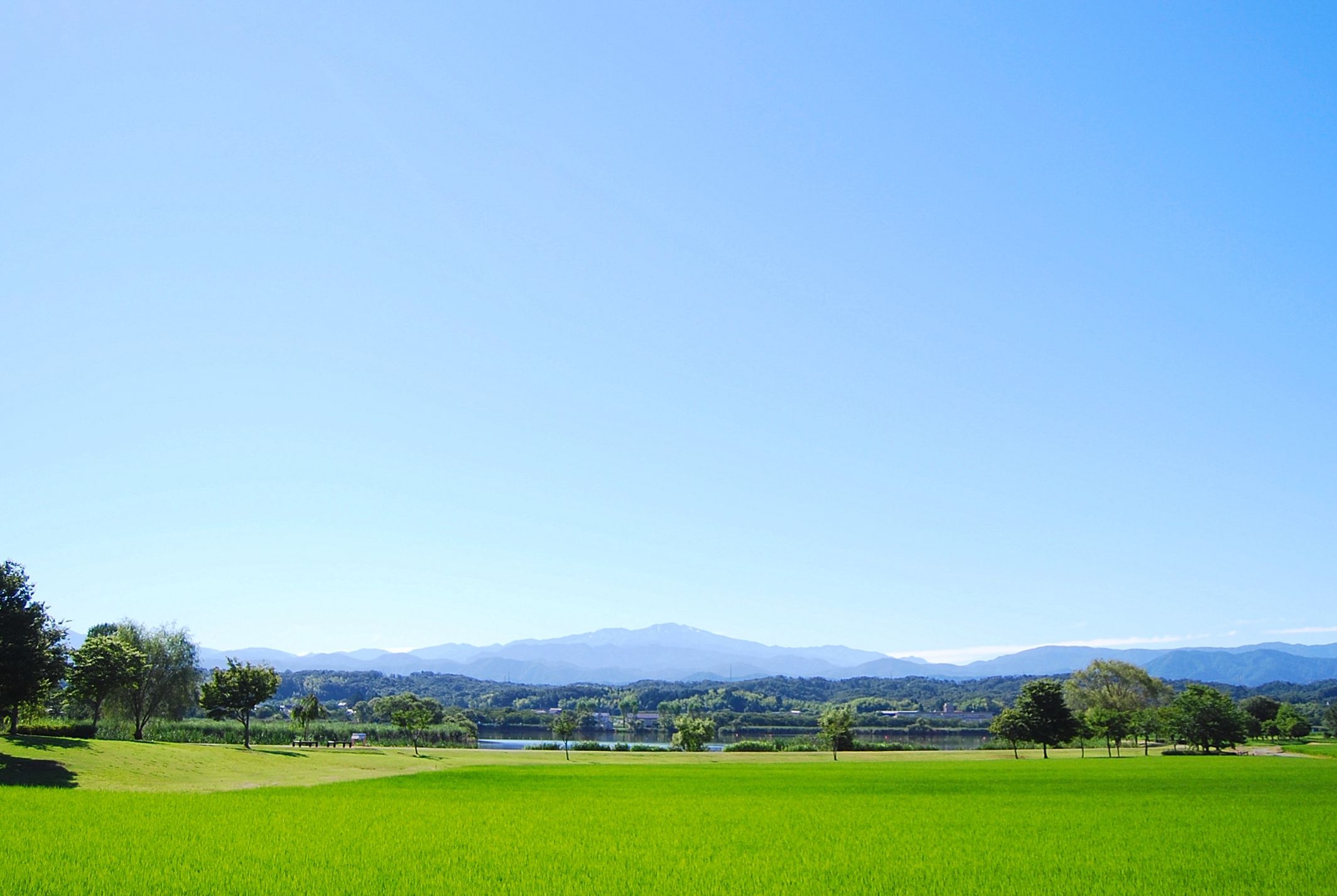 Komatsu, which has been naturally blessed, has fostered a rich food culture. The Kaga Plain spreads around the Tedori River and is a highly flourished agricultural area. You can get seasonal Kaga vegetables year-round such as rice, carrots, tomatoes, and round Kaga potatoes.

There are plenty of local dishes such as kaki no hazushi (persimmon leaf sushi), Komatsu udon which Matsuo Bashō is said to have eaten during his travel, and shio yakisoba (salt stir-fried noodles) that originated in Komatsu. Tomato curry that was developed by JR and Komatsu City received the Minister of Agriculture, Forestry, and Fisheries award at the Furusato Food Contest. There is also deep fried crab shell that is made by stuffing crab meat inside the shell and frying it.

Additionally, Komatsu is blessed with a clear stream running from Mount Haku and is a leading brewer in Japan. Ishikawa Prefecture has many breweries and Komatsu is no exception. Specifically, “Shinsen Daikinjō” which is brewed in Komatsu, won the highest award at the Kanazawa Tax Bureau’s Excellence in Liquor Ceremony (2014). It has been adopted as the official liquor for government aircrafts.

The city is scattered with onsen that carry different benefits and you can enjoy various hot springs. One of them, Awazu Onsen, is said to have been been discovered during the second year of the Yōrō Era (c. 718)  by a high priest who opened a shrine on Mount Haku known as Daishi Taichō.

The 100% pure sodium sulfate hot spring contains plenty of natural active ingredients and is famous for its smooth feel, beauty benefits, and detoxification effect. The historically deep-rooted onsen culture is another one of Awazu’s charms. The inns in Awazu onsen are known for their warm hospitality, the atmosphere of the town is laid-back, and the festivals are popular.

Please soak in the water, savor the gourmet food, and enjoy the hospitality.

In Komatsu, “Hikiyama Children’s Kabuki” has been passed down for 250 years since the Edo Period and is performed every year in May during “Otabi Matsuri.” Even in Japan, this children’s kabuki is rare and is one of highlights of the festival. This “Otabi Matsuri” is also said to be associated with the third daimyō of the Kaga feudal domain, Toshitsune Maeda, and is a traditional event with a 360-year history.

Ataka-no-Seki, which was a setting for the kabuki play “Kanjinchō,” is also located in Komatsu. Komatsu City’s mascot, Kabukki, is apparently modeled after Benkei who appears in the play “Kanjinchō.”

Kutani ware is one of the traditional cultures that Komatsu shows off to the world. It originated in a place called Kutani Village and dates back to the early Edo period.

Hundreds of years later, the full-scale production of porcelain began. Then, during Meiji period, it was exported overseas which continues to the present day. The elegant patterns painted with dynamic and refined colors such as red, yellow, green, purple, and navy blue possess a unique quality that is often highly valued.

Ever since the Edo period when craftsmen gathered in the castle town under Toshitsune Maeda’s policies, Komatsu has grown as a manufacturing district.

Today, the city has a diverse array of industries including a world-famous machine industry, electronics, textiles, buses, and room partitions. Science Hills Komatsu was established with the goal of educating personnel who will carry on the tradition of advanced technology and will lead the country in science and technology. On site, the “Humanity and Monozukuri Science Museum” holds events where people can learn about science while playing.

（~2.5 hours by Hokuriku Shinkansen ）then

Let’s unfold the map of the future in Hokuriku!